Falling in love with football again 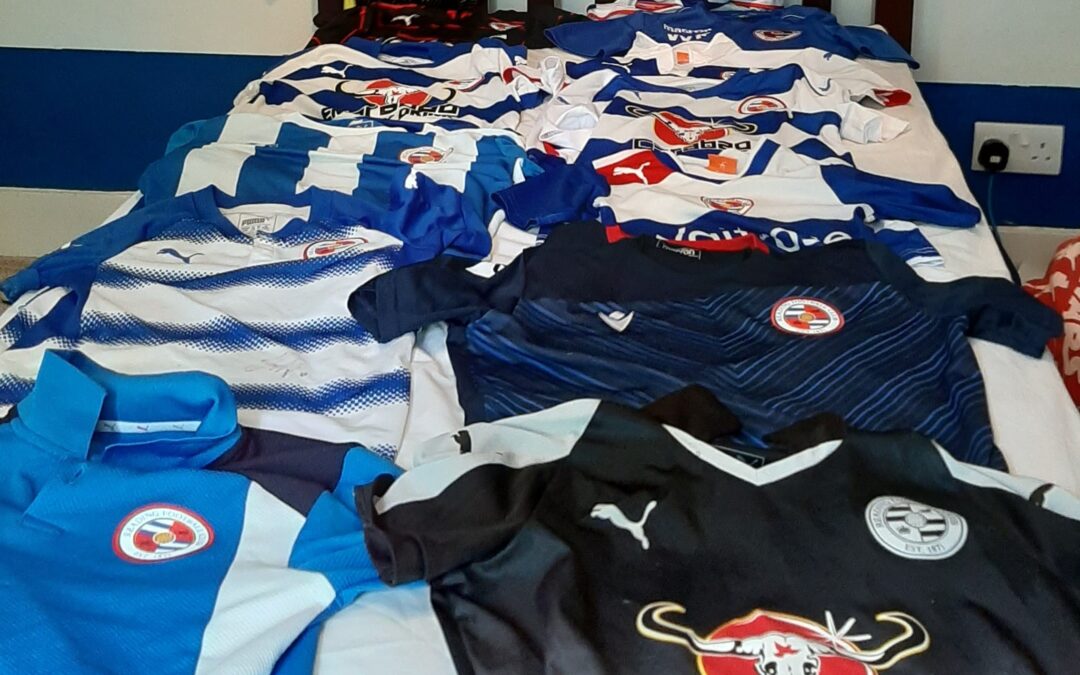 I’ll confess, I wasn’t keen on my son getting ‘into’ football.  This makes me a traitor to my roots where football was the sport of choice and rugby was for “posh kids” or overweight retired policemen. I liked Chelsea because my dad supported them, but my mum supported Liverpool, so our living room featured a mirror for each team, which (alongside the Coca-Cola mirror they had purchased) made it look quite a lot like a social club.

Football was big in my family. Great Uncle Sid was a West Ham fan who taught us “I’m Forever Blowing Bubbles” and took the time to try to instil in us a love of local football with trips to Camrose to watch Basingstoke FC. My brother and I wandered around the ground taking in the banter and Bovril, while waiting for the goal-fest that would never come.

All of the families locally played the Football Pools and the children would fight over being allowed to put a cross on the ‘spot the ball’ photo. We’d sit together to watch the results on tv and delight in impersonating the announcer saying “Queen of the South, Nil’. These formative experiences prepared me well for secondary school where football chants were frequently sung in lessons – a personal favourite being Roy Wegerle’s surname being sung to the tune of “Here We Go”.

By the age of 14 I was going to matches with friends. On one occasion three of us girls went to watch Spurs vs Arsenal at White Hart Lane. Given this was pre-internet times I don’t know how we got hold of tickets – did my friend write off including a stamped addressed envelope? Did she phone up the club and promise to send a postal order? It matters not, we got the tickets, enjoyed the buzz of the tube on match day, went to the stadium, sat at the home end and then as the final whistle blew and people made their way out of their seats….one of my friends unzipped her jacket to reveal…an Arsenal shirt. We ran the rest of the way out.

I have experienced the thrill of the terraces, been caught in a crush as people rushed to the barriers to celebrate a goal, enjoyed the independence of going to a match with my mates and felt the excitement of walking up to Wembley for a Cup Final. So why on earth wouldn’t I want my boy to enjoy all this?

Here’s what put me off my son playing football

I heard this at my local park from the village football team.  As I walked my primary school-aged children to the swings.

This sentence was bellowed by a parent at their 6 year old.  At another village park. We all want our kids to do well but bloody hell, shouting at your son until a vein stands out on your forehead? I don’t think so.

While our son had always enjoyed football at school and is devoted to Reading FC, when he showed an interest in rugby I was pleased because I did not want to stand next to Mr “Pass it to Alfie” every Sunday. And I definitely did not want to be around anyone shouting in front of children that their team mate was a ‘cucking funt’.

So we signed him up at the local rugby club in their under 7’s team.

Here’s what I heard at rugby

And here’s what the parents said:

Not much.  Most people were nursing Sunday morning hangovers but when they did speak it was to say hello.  Nobody shouted at their children.

My experiences of kids rugby tournaments was that people were friendly. And having been to a few major games the story that opposing fans can be trusted to have a pint in the stands together is true.  Without exception I have found rugby to be welcoming and well-mannered where it is possible to attend a match without hearing someone call the ref a “f**king wanker”.  And while I am acutely aware that there’s danger in being in a bar with a rugby squad that is on tour (nudity, flaming toilet roll, dressing the new boy up as a cheerleader) there is the added amusement of roaringly middle-class things happening like the time I saw a mum take her son’s teams’ sports bottles to the pitch in an Ocado wine carrier…..

But there is a little something missing with rugby.  And I think it’s best described as this:

Anyone can take part in a kick-about. It is impossible to have a ‘rugby-about’

The ‘jumpers for goalposts‘ adage is true. On holiday in Devon our son was kicking a football on the grass, and within a couple of minutes was joined by another boy. Then our daughter hopped onto the pitch. Three soon turned into four with the arrival of another girl, the dads followed on and before long I was in goal and the pitch was awash with dad-running, silky-skills and clumsy kicks. We had over an hour of unprompted exercise and bloody good fun. Everyone knew what they were doing and no-one needed to get grabbed by the legs.

Another holiday at a caravan park in Poole saw 20 kids playing on an artificial pitch, with two dads loosely in charge. On the first day our boy watched them, counting the different team shirts and trying to suss out if they all knew one another. On the second day he looked over at the pitch then looked at me and said “I’m going to ask to join in.” And as I watched my then 8 year old son, clad head to toe in his cherished fluorescent Reading kit, trot over, introduce himself and get heartily welcomed into the swarm I realised that football isn’t so bad after all. He had 90 minutes of being part of a team, the kids all calling each other by the names on the backs of their shirts and no-one being told that they couldn’t play. The team sizes fluctuated up and down as children came and went but the game carried on. He was in heaven and I saw how inclusive football is. And how it needn’t be like the other examples I’d come to believe as the norm.

Fast forward a few years from that moment and he’s an absolute Statto. Lapping up every minute of Euro 2020 and putting his dad to shame when it comes to player and match stats going back 20 years before he was born – how do kids do that?!. It makes me realise that this kind of knowledge will make it easier for him to move throughout the world (and quite possibly that he will also infuriatingly think he is right on many other topics such is the certainty with which he assesses a game).

The years where he played rugby where incredible useful – rugby has ‘private school problem‘ – it is rarely taught at state primaries and when it is introduced at state secondary schools children without knowledge of the game can end up at best embarrassed, at worst, badly injured. But there comes a time when you have to decide and when the point came where his rugby and football matches clashed, he chose football. I think my family would be proud.

Like this? Check out my books. Want me to come and entertain your crowd? Book me for speaking or stand up.